A recent testimonial from one our DSC 1 candidates – Mark Horsfall   – taken from his blog https://wildlifemanager.wordpress.com/

Over the weekend of 13th-15th November I attended a Deer Stalking Certificate Level 1 course.  The course was run by Jamie Allen of Yorkshire Deer Management and was held near Ripon, North Yorkshire.  The course tutor and assessor was Paul Crehan, an assessor with BASC.

When you register for the course you receive a training manual.  This manual is quite comprehensive and in it you’ll find everything to enable you to successfully pass the written elements of the course.  There are a couple of other elements such as a shooting test and also a safety test.  Both are relatively straightforward and as long as you pay attention to what’s been asked of you and can follow instructions you should be fine.

As I said, the training manual is quite comprehensive and I struggled to actually sit and take in the information from the print.  I needed to utilise a different approach so after a suggestion by a friend on Twitter I joined up to an online learning recourse, DSC Training which I found a real asset.  I was able to work my way through the various questions and also deer identification slides.  Access to the members area of the site is on a rolling month by month membership.  There’s no fixed term, you pay for a month and when that month expires so does your membership, unless you renew it.

Paul was a great tutor, his teaching methods I found were second to none, as was his humour and stories which all went to make the weekend a far more pleasurable experience.  The way he taught and the way the entire course was set out was very informal yet very structured.  Regardless of experience both Paul and Jamie made everyone feel welcomed and treated everyone as equals.  I think this was also helped by the students on the course.  On this course were just 3 civilians, the other 9 were military personnel.  Now, I’ve had a great many dealings with military personnel in my past life as a taxi driver on Europe’s largest army garrison, not all pleasant…  However, the lads on this course were a fantastic bunch of lads, really friendly, approachable, honourable and surprisingly, humble.  They really are a credit to themselves, their companies and the British Army and that isn’t something I say lightly.

The Friday was relatively slow paced, we went through the necessary admin and then the hygiene section of the training manual.  It was surprising just how quick the evening flew by.  Saturday was going to be a bit more intense though as we had a lot of information to take on board.  The pace of the workload was pretty relentless but we all agreed to get our heads down and crack on with it, thankfully both Paul and Jamie lightened the load with stories from out in the field, their stalking experiences and general anecdotes.  To be honest, I was quietly confident with the written elements of the assessments, I felt I had done enough work at home utilising the DSC Training website and when I did attempt it, the training manual sent to me.  Sunday was the day I was dreading, Sunday was the shooting test.  Now I’m a confident shot and have made some impressive shots (if I do say so myself) on rabbits but shooting a paper target with an audience of complete strangers is a totally different ball game.  What made me more nervous was the fact I’d only had the rifle a couple of weeks, a Browning A-bolt Composite Stalker.  I had zerod with 80 grain Super X whereas for the shooting test I’d be using 100 grain Super X as I was unable to get hold of 80 grain rounds.  Both were from Winchester though so I was confident in the ammunition.

Due to an unforeseen issue we had to change venue for the shooting test and had to go to another range.  This range was a much more natural environment and I actually felt really comfortable shooting here.  When it eventually came to my turn I was feeling pretty calm.  Paul also helped with this, his method for calming you down and ensuring you did the best you could do was outstanding!

I was shooting side by side with one of the army officers on the course, he was using Paul’s Sako 85 in .243 and I was using my Browning A-bolt, also in .243.  The group test came first, we had to put three rounds within a 4 inch target at 100 yards in order to progress to the next part of the test, shooting at the deer silhouettes.  This part of the test consisted of three elements, shooting at the kill zone (heart and lungs) on the silhouette of a deer from the prone position, 2 shots at 100 yards, 2 shots from sitting or (as I did) kneeling at 75 yards and finally 2 shots from standing at 40 yards.

The final part of the test and indeed the weekend was a safety walk round with Jamie who asked you various safety questions.  On this walk there were several deer targets positioned and you had to spot them and say whether you would take the shot and if not, why not?

After I’d completed my safety walk my brother went on his, just as he was finishing we heard a shout from Jamie saying we had to get all the bits in the vehicles and get out of there right away as the river had burst its banks and water was flooding down the field.  We gathered everything up and jumped in the vehicles to make good our escape.  It certainly made an interesting end to the proceedings.

All in all it was a great weekend, mentally hard work at times but ultimately worth it.  A lot of it was down to the company over the few days and I’m not sure I could’ve wished to be in better company.

For more information on sitting your DSC Level 1, or if you’re wanting to go on a guided stalk in some of North Yorkshire’s most stunning locations you can contact Jamie at Yorkshire Deer Management 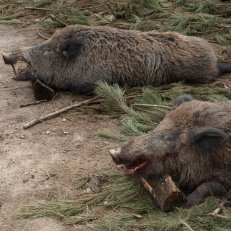 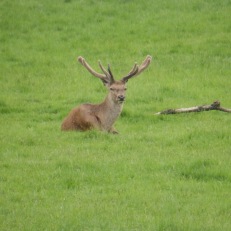 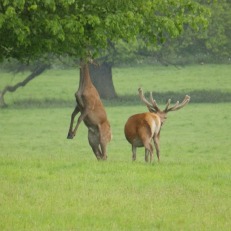 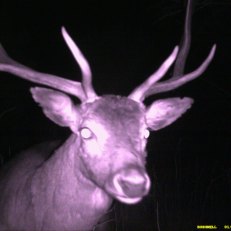 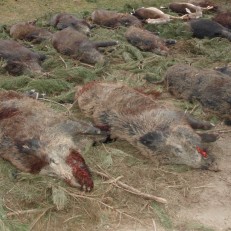